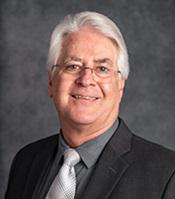 Rick stumbled onto the profession as a young man looking for a career where he could not only help people but also make a decent living. After a few unsatisfying years in the major appliance business in 1981 as the father of an infant with a second child on the way Rick used the then “National Hearing Aid Society Distance-Learning Course” to study for the Washington state licensing exam. Following a short stint with hearing aid offices in Vancouver and Longview WA he went to work with Dan Quall in 1986 as a field consultant. Within a few years he worked his way up to managing their Vancouver office, which he purchased in 1994. Ear-Care Hearing Aid Center, DBA Hearing by Design is a private practice dispensing office located in Rick’s home town of Vancouver Washington. Elizabeth Miller purchased the business in 2020, Rick is now semi-retired and works for Elizabeth 1 week a month. Rick is Married to Ann Cockram, whom he first met in junior high school. Ann is a retired educator and recently retired from managing the Washington Education Association health care plan’s online enrollment. He has three children ages 34 to 40, and an Australian Shepard named Dakota Jak aka Kody, who served as Rick’s offices’ official greeter.

Rick has worked in the hearing aid industry for over 40 years. He joined the International Hearing Society in 1986 and is a Past President (2016 – 2018) after serving on the board of governors for the previous 10 years. He received his National Board Certification in 1992 and completed the American Conference of Audioprosthology program in 2009. Rick holds licensure in both Oregon and Washington is a past member of the Washington Department of Health, Board for Hearing & Speech. Rick has held just about every office in the Washington Hearing Society and is the current President. He was instrumental in helping pass several pieces of important legislation, is past President of the Oregon Hearing Society and past board member of the International Institute for Hearing Instrument Studies. Rick is very active in community service having serving on many boards including his church council, Fort Vancouver Lions, Northwest Lions Sight & Hearing Foundation, Audient low cost hearing aid program and the Clark County Lions Hearing Foundation. Rick is an avid skier and sailor; in all his spare time he enjoys buying old sailboats retrofitting them and selling them at a loss.